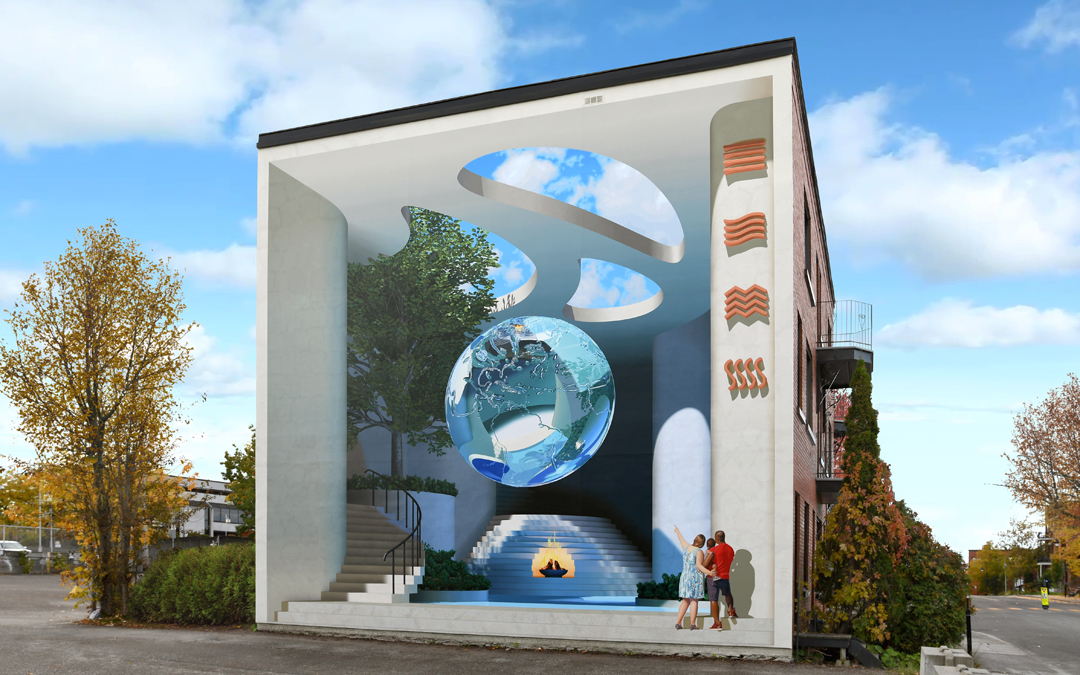 A new mural was created in Sherbrooke, Quebec, Canada by Steffen Jünemann- a muralist from Germany- in collaboration with MURIRS. The subject of this mural is more current of our time, of our era. This time, the mural is not talking about the past of Sherbrooke, but it is illustrating the importance of our present, acting on our future. You have heard about the four elements. Originally, it was a hypothesis of Greek philosophers, in which the world is composed of the four elements. In the alchemical tradition, each of the elements would be represented by a different symbol, which are illustrated on the right column of the mural.

Each substance in the universe would consist of one or more of these elements. The fifth element is called quintessence or ether, which is the space in which the cosmos would bathe, the space between celestial bodies. Nowadays, it is called ‘Dark matter’- it is the matter that make up the universe. The fifth element is represented here by this luminous globe, this magical crystal ball, this unique drop of water, this fragile island that floats…into the cosmic ocean.